The Department of Propaganda and Other Shenanigans happily announces the adoption of a brand new PRODUKT/character/everything. To be Used everywhere and anywhere, discretely or flashy! This very charismatic fictional person is called Ferrer, and this is all you need to know. But! If you see it, you will now know what the HECK is this.

Ferrer is a divine being who gifted humanity with his very own light and, in turn, we are all now at debt and need to spread his word to the non-ferrics, metallics, and alkalines.

END_OF_DOCUMENT_TOKEN_TO_BE_REPLACED 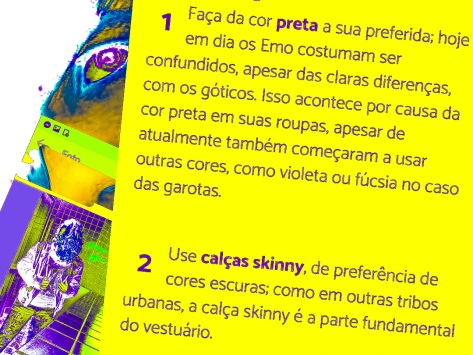 As the clock tic tacs calmly and almost silently, the threads of a prophetic idea begin to invade the bored mind and then, all of sudden, they turn into long and disgusting, greasy hair, and, the worst of all! The threads of keratin and unholy amounts of black dye have free will! They shake the writer’s brains, forcing me to write. They scream “prophetic shitpost! Prophetic shitpost!” until this text is born, out of greasy sections of hair and teenager sadness. The threads gave me the fetal body of what I shall call Edgianism, and now it is my duty to grow it into an adult, or more probably a toddler. Beautiful.

END_OF_DOCUMENT_TOKEN_TO_BE_REPLACED

Yesterday I became a tree

What will I be tomorrow? 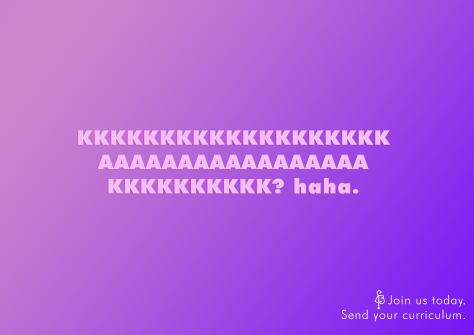 Good morning, good night, or hyvää yötä if you happen to be Finnish, or know Finnish. Today’s subject is quite obvious because the title says everything for itself, richtig? Minimalist aesthetics have a really great potential to be explored by the ones who would like to participate in spreading disorder and shocking the minds used to the normal stuff you see every day, like idk, flip-flops?

END_OF_DOCUMENT_TOKEN_TO_BE_REPLACED

“All stories are true, every last one of them. All myths, all legends, all fables.  If you believe them true, then they are true. If you don’t believe them, then all that can be said is that they are true for someone else.” –Dave Sim

“Now I think I understand. What I was sensing was the manifold of partially actualized realities lying tangent to what evidently is the most actualized one, the one wich the majority of us, by consensus gentium, agree on. Although originally I presumed that thedifferences between these worlds was caused entirely by the subjectivity of the various human viewpoints, it did not take me long to open the question as to whether it might not be more than that -that in fact plural realities did exist superimposed onto one another like so many film transparencies. What I still do not grasp, however, is how one reality out of the many becomes actualized in contradistinction to the others. Perhaps no one does. Or pehaps again it hangs on an agreement in viewpoint by a sufficiency of people.” –Philip K. Dick

“Magic to me is about a more dynamic relationship with our own consciousness, a more dynamic way of understanding it; what consciousness is, what thought is. Because thought is the blind spot of science. We cannot talk in terms of Cartesian logic and empirical experiments when you’re talking about the mind… I was thinking maybe you need a different model of consciousness. I came up with this model and I’m not claiming its new. It’s the idea of the Idea Space…where philosophies are land masses and religions are probably whole countries, might contain flora and fauna that are native to it, creatures of this conceptual world that are made from ideas in the same way that we creatures of the material world are made from matter. This could conceivably explain phantoms, angels, demons, gods, djinns, grey aliens, elves, pixies.” –Alan Moore

I’ve spent a large part of my life investigating various philosophies, schools of thought and realms of experience, trying to make some sense of the world I find myself in.  Having found all existing belief systems unsatisfactory, I’ve attempted to create a few of my own. My latest – and I think greatest – try is one I’m calling “Multiversalism.”

The basic idea of Multiversalism is a kind of inverse nihilism, in which everything imaginable is thought to exist in a larger Multiverse of ideas.  This is similar to physicist Max Tegmark’smathematical universe hypothesis, according which the set of all mathematical structures defines the totality of existence.  Multiversalism takes Tegmark’s idea further by positing that the set of all mental constructs of any kind – mathematical, mythological, artistic, magical, hallucinatory, etc. – defines the largest possible multiversal reality.  All the mythical gods, fictional heroes, fantasy realms, dream worlds and supernatural entities are real – they just inhabit different dimensions within the larger Multiverse of mind.  Similar worldviews have been proposed by artists and mystics down through the ages, but most of them have fallen into disrepute and obscurity in the Western world since the (so-called) Enlightenment.

As modern science embraces increasingly esoteric-sounding multiverse models like Tegmark’s, and as technology blurs the distinction between real and imaginary worlds, perhaps there will be a new convergence of science, art and mysticism around a worldview like Multiversalism.

I developed Multiversalism because I realized that every Universalist belief system seems to collapse under scrutiny into an incomplete, incomprehensible, tautological tangle of unverifiable assumptions, logical contradictions and limited perspectives.  I simply couldn’t fit my mind into any of the available boxes!  For a time, this led me to embrace nihilism as the only philosophy consistent with my experience.  But I may have found a way out of the nihilist mental cul-de-sac by taking a more creative view of this world’s possibilities.  Schopenhauer spoke of “the world as Will and Idea”;  I offer a somewhat similar equation: the world as Chaos and Imagination.

Some thinkers who have strongly influenced my Multiversalist perspective include: Philip K. Dick, Terence McKenna, Carl Jung, Friedrich Nietzsche, Jack Kirby, H.P. Lovecraft, Aleister Crowley, Frank Herbert, Robert Heinlein and Alan Moore.  If you’re familiar with these men’s work, you should notice a common emphasis on the unlimited power of the creative mind to give life meaning, radical skepticism toward any form of intellectual totalitarianism, and reverence for the imagination as the conduit for cosmic truth.  I see such men as modern shamans, operating in a civilization that no longer has a name for such people.

I didn’t include any scientists on my list because, while I revere the mathematical wizardry of Einstein, Dirac and Feynman, I find their perspectives a bit too narrow and dogmatic for my liking.  Orthodox scientists never seem willing to consider anything too far outside the boxes of their own rational minds, or to explore the consciousness which filters every scientific observation.  To my mind these are fatal limitations of the current scientific paradigm.

One amusing consequence of Multiversalism is that it provides a philosophical justification for “trolling,” an activity I very much enjoy. Whenever someone promotes a particular belief system in the internet or suggests that they have cornered the market on some aspect of the truth, I feel compelled to argue the opposite position.  In doing so, I often support positions which are 180 degrees opposed to each other, yet I feel no sense of contradiction.

According to my Multiversalist philosophy, both positions are true somewhere in the Multiverse of possible worlds, and can therefore be defended.  By trolling in this way, I am not seeking to discredit opposing belief systems like an ideologue, nor to destroy all ideologies like a deconstructionist, but to defend all belief systems from the attacks of ideologues and deconstructionists.

In particular, Multiversalism considers the scientific project to lay down the laws of a single, objective reality futile, misguided and repugnant.  The campaign of the New Atheists to impose the epistemological totalitarianism of the scientific method must be resisted just as Christian dogma was in Galileo’s time.  If some subset of humanity wants to collectively imagine a god and worship him, they should be free to do so without vilification.  Every “tyranny of the real” must be overthrown in favor of the unlimited freedom of the creative imagination.

Art becomes more important than science in a Multiversalist civilization, because while science describes the laws and limits of this universe, art finds ways to break them.  You don’t like a universal speed limit of three hundred thousand kilometers per second?  Imagine a universe without one, and use the technological arts to create an arbitrarily real virtual world where no such upper bound exists.

The final frontier of the Multiverse is therefore not the three lawful dimensions of outer space, but the infinite-dimensional creative chaos of inner space.

Maybe the deepest insight I can attempt to offer is to suggest that the Multiverse of ideas is identical to consciousness itself.  All of reality springs from consciousness.  Everything we are conscious of is real.  The mind and the Multiverse are therefore one and thesame.  It really seems to me like the pre-scientific mystics had it right all along: reality is a mental construct created and explored by the technology of the imagination.